Is ghosting really that scary?

Until recently, ‘ghosting’ was a term used almost exclusively in the dating world. It’s when the person you’re dating disappears without further communication, never to be heard of again. In essence, like a ghost, they were there and then – poof – they vanish without an explanation.

However, it is a phenomenon that is filtering into the workplace, much to the frustration of HR professionals. Companies are reporting applicants simply not turning up for job interviews, successful candidates failing to arrive for their first day or, in extreme cases, employees quitting their job on the spot with no warning or reason. They just vanish. 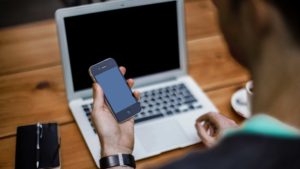 Internet research suggests employers ghosted candidates for decades. Of all the poor behaviour employers can be called out for, it’s the hurt of not knowing what happened after an application or interview that may cause a candidate the most emotional pain. That’s because the brain processes rejection and loss of social status like a bodily injury. In this case, it’s often exacerbated by devastating anxiety that is caused by not knowing what happened.

Have the tables turned?

However, with a buoyant job market, the tables have turned and today ghosting is more likely to refer to the ‘break up’ between hiring managers and candidates.

Some think it’s yet another sign of our deteriorating ability to be civil towards one another. Some candidates seem to enjoy the schadenfreude, revelling in the ironic twist that it’s employers and recruiters who are left confused, hurt and wondering why they’ve been rejected, even after several interviews.

In fact, Ghosting is now so prevalent in America that the term has made it into the Federal Reserve’s Beige Book. The Beige Book (officially, the Summary of Commentary on Current Economic Conditions) is a report published by the US Federal Reserve Board eight times a year. It is a collection of ‘anecdotal information on current economic conditions by each Federal Reserve Bank and branch directors, and interviews with key business contacts, economists, market experts and others’. Ghosting, it seems, has officially arrived.

It can happen at any time

Employers and HR need to be aware Ghosting can happen at any time – after an interview, following the actual hiring or even when someone has started the job. In an odd way, ghosting is a sign of a healthy economy and robust job market because candidates know they can find something else.

But, as we all know, it’s also troublesome because it results in huge amounts of wasted time and money spent on the recruitment process. And the pressure builds as a candidate is given the job, but they ghost and fail to show up, leaving the organisation with a workload and no-one to do it.

So why do candidates ghost employers?

Reasons for ghosting are many, but here are some of the more obvious:

What can you do about ghosting?

Ghosting has always been common in some industries, such as hospitality, where you may expect high staff turnover. But it is increasingly common in office environments. Obviously, it’s incredibly frustrating, so what can we do about it?

Speed up the recruitment process

Don’t leave candidates waiting otherwise they will go elsewhere. In a digital world, people are used to having instant access to information and making quick decisions. The faster your recruitment process, the sooner a candidate can decide whether they’re the right fit.

If you fail to reach a candidate after a few attempts and think you’re being ghosted, consider other applicants on your list.

Don’t ignore existing employees. Promoting within encourages employee loyalty and reinforces your culture and values. Being recognised as an employer that recruits from within shows you’ll invest in a candidate’s career development. Plus, it saves time and money compared with searching externally.

Get your digital comms sorted

Use social media and digital communication to connect with candidates and make your organisation attractive. Make sure your website looks polished and your social media activity is up to date.

Candidates often expect more than just a fair salary. Consider what other benefits you can offer. For example, flexible working hours, car parking or health insurance. 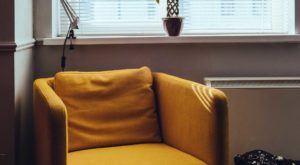 Is it unprofessional to just disappear? Yes. But it seems ghosting is here to stay, especially when some industries are experiencing skills shortages. And all we can control is how we manage our own professional standards in response.

Sign up today, to receive news and updates from ProgressionHR.

You have Successfully Subscribed!